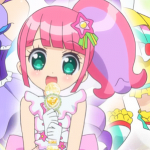 As of September 22, 2012, my article, Aloysius Pig, is the featured article. Thank you for making it possible, admins!

My Garfield and Friends favorites

Honorable Mention-The Bunny Rabbits Is Coming: Wade was so cute in this episode, but I still think "Wanted: Wade" was cuter.

Honorable Mention-Brainwave Broadcast: Want to know how thoughts are read on Garfield and Friends? In this episode, using the telopathovisionatior, Garfield shows you how it's done.

Honorable Mention-Screaming With Binky: Laryngitis: One thing: "I'M SORRY LADIES AND GENTLEMEN BUT I HAVE LARYNGITIS!" And he also stole Roy's stage from Welcome To The 20th Century! This did not count as a quickie, but more like an eyecatch when it originally aired.

Retrieved from "https://garfield.fandom.com/wiki/User:Mimitchi33?oldid=9728"
Community content is available under CC-BY-SA unless otherwise noted.