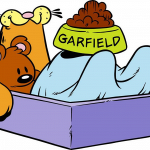 Hello, this is Low Spark of Lyman here. I had a brief stint on here as Midnight Lyman, but since I haven’t been able to access it again (surely due to a now-defunct e-mail address), I decided to start anew here.

I also have a playlist on YouTube, basically things not on home video (or at least not since DVDs started, I think): https://www.youtube.com/playlist?list=PLEzT-ezyByhs8Pf3pq7PZ1SV7qDiQX9O0

Three other videos (all commercials from 2002 or so), not yet available on on YouTube AFAIK (all are from Vimeo):

I happen to be on the autism spectrum, though not to a severe extent. I am sometimes concerned with what I write, making sure I don't write anything wrong (in a moral sense), especially not for the sake of metaphorically kicking up a hornets' nest. It's also why I'm not much of a talker in the outside world; I even have general communication problems on occasion. I also don't have a large pool of friends. Though, given how I tend to be a loner, that doesn't seem to be too big of a deal. I also don't think I even heard about autism until I was in high school, though I think I had realized before that I was rather different from others.

This will be updated as needed.

If you were to ask me for my ten favorite characters, this is what I'd say (note: I'm only factoring in the core characters here, not exclusives from Garfield and Friends, the movies et al.):

Note about The Garfield Show

Currently, I'm only able to cover the first three seasons of the series (via VHS), with limitations on later episodes.

UPDATE: Now that YouTube has the series available on an official, verified channel, it looks like I can finally cover Seasons 4-5, and more easily revisit earlier seasons.

If you have seen anything from later seasons, and wish to discuss it with me, you may- provided that you don't spoil the episodes for me (with the possible exception of something deemed truly noteworthy, but let me know in advance).

I suppose I should share what else I enjoy. Just don't expect a complete picture. Or for yourself to agree with everything. Or to not be surprised with any entries.

Peanuts, Calvin and Hobbes, The Far Side, few others I may check out

Retrieved from "https://garfield.fandom.com/wiki/User:Low_Spark_of_Lyman?oldid=127494"
Community content is available under CC-BY-SA unless otherwise noted.