In Here Comes Garfield, Hubert is portrayed as hostile towards Garfield and Odie, calling the animal shelter to remove them, which was not entirely unjustified due to the duo trespassing on Hubert's property. They are shown to have a little dog apparently named Honey Bun.

In the comic strip, they have occasionally been shown reacting to the antics of Jon and his pets; at one point they even joined in against their will. 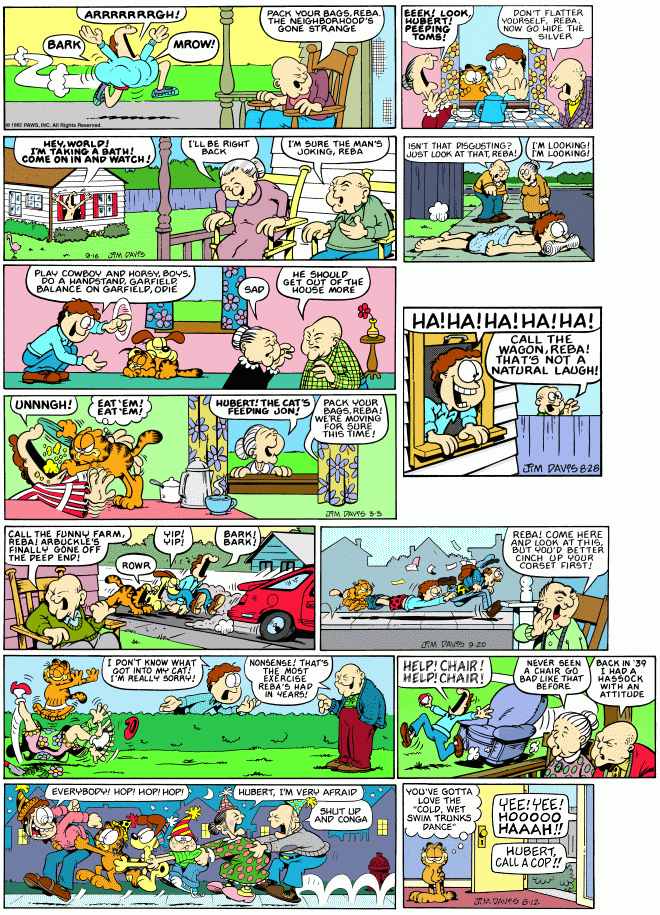 Retrieved from "https://garfield.fandom.com/wiki/Hubert_and_Reba?oldid=97195"
Community content is available under CC-BY-SA unless otherwise noted.