Glenda and Odessa
Latest Appearance
Very Very Long Night
Drusilla and Minerva (both voiced by Laura Summer) are Jon's twin nieces. Both like to play dress-up with Garfield, as well as Odie and Nermal, which all of them hate.

Due to their similarities, the two have a tendency to get mixed up by others and even themselves. They also sometimes get confused as to whether Jon is their cousin or uncle. Jon likewise seems unsure. 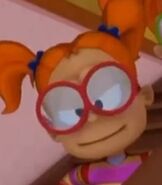 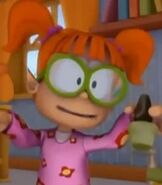 Add a photo to this gallery
Retrieved from "https://garfield.fandom.com/wiki/Drusilla_and_Minerva?oldid=65849"
Community content is available under CC-BY-SA unless otherwise noted.