Dingbang (voiced by Wally Wingert) is a young native of China who befriends Garfield, Odie and Nermal during their visit to the country.

He's got black hair and a pig like nose.

He wears a red beanie, a black jersey with rolled up sleeves. The jacket also has a silver coloured zip, brown pants and black and white sneakers with red shoelaces.

He is kind, as shown when he lets Garfield and Odie into the restaurant. He is very protective, making sure the golden cat statue would not fall into the wrong hands. 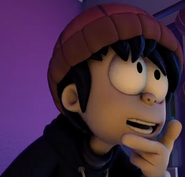 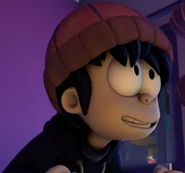 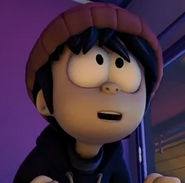 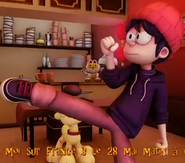 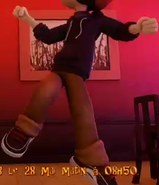 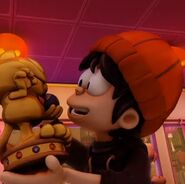 Dingbang's cameo in Lion Queen
Add a photo to this gallery
Retrieved from "https://garfield.fandom.com/wiki/Dingbang?oldid=57625"
Community content is available under CC-BY-SA unless otherwise noted.