A Week of Garfield

A Week of Garfield

Single-player
A Week of Garfield (ガーフィールドの一週間; GĀfirudo no Isshukan) is a 1989 Famicom title starring Garfield. It was released exclusively in Japan. A late prototype surfaced online on March 16, 2019.

Garfield must find Odie by the end of the week.

The game is a side-scrolling platformer with seven levels that represent each day of the week. Each level contains power-ups that can be found by walking over them, such as increasing Garfield's speed or giving him weapon ammo. Garfield can fight enemies using four weapons: kicks, a bone that flies straight forward, a bomb that splits into four, and three spread-out bullets. If a weapon's ammo runs out, Garfield will not be able to use it until he acquires more. The only attack that does not require ammo is the kick. Levels are divided into multiple segments, and Garfield must find a key at the end of each segment. Later in the game, the keys will be guarded by an alley cat who attacks Garfield. Each level has a time limit. When a level is completed, Jon will say something, and the next level will start. 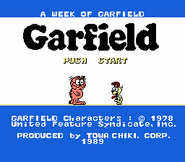 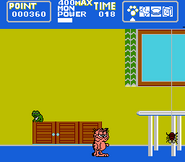 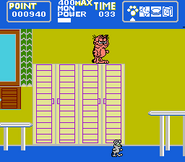 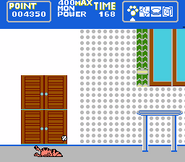 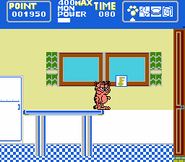 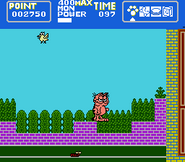 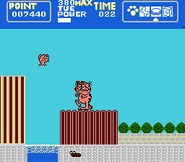 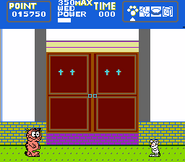 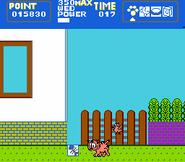 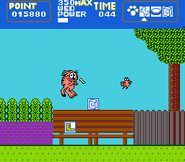 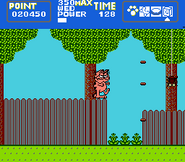 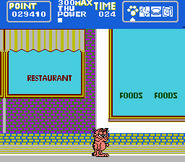 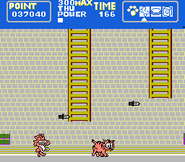 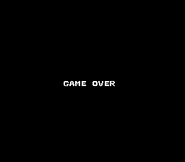 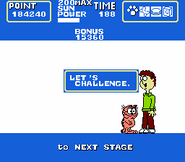 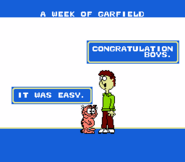